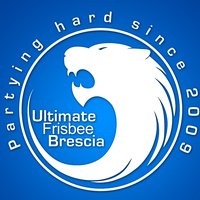 The ultimate frisbee team of Brescia was founded in 2009 through the help of chief town University Sport Association (CUS). In February 2009 the gym teacher and athletic trainer Francesco Vassallo built up the first draft of the group supported by Federico Vantadori and current Bubba captain Nicola "Poz" Possi. The Fifd meeting organized at Ancona the 18th and 19th of 2009 has been the first official coming-out of Bubba (at the time called Addiscted :D)

During 2010 and 2011 Bubba increased their group and their ultimate skill reaching good results both in the quality of play and in the spirit of the game.

Nowadays Bubba is a cooperative effort between people that love ultimate and proudly trust in spirit of the game.